This website or its third-party tools use cookies, which are necessary to its functioning and required to achieve the purposes illustrated in the cookie policy. If you want to know more or withdraw your consent to all or some of the cookies, please refer to the cookie policy. By closing this banner, scrolling this page, clicking a link or continuing to browse otherwise, you agree to the use of cookies
Continue Find more about it 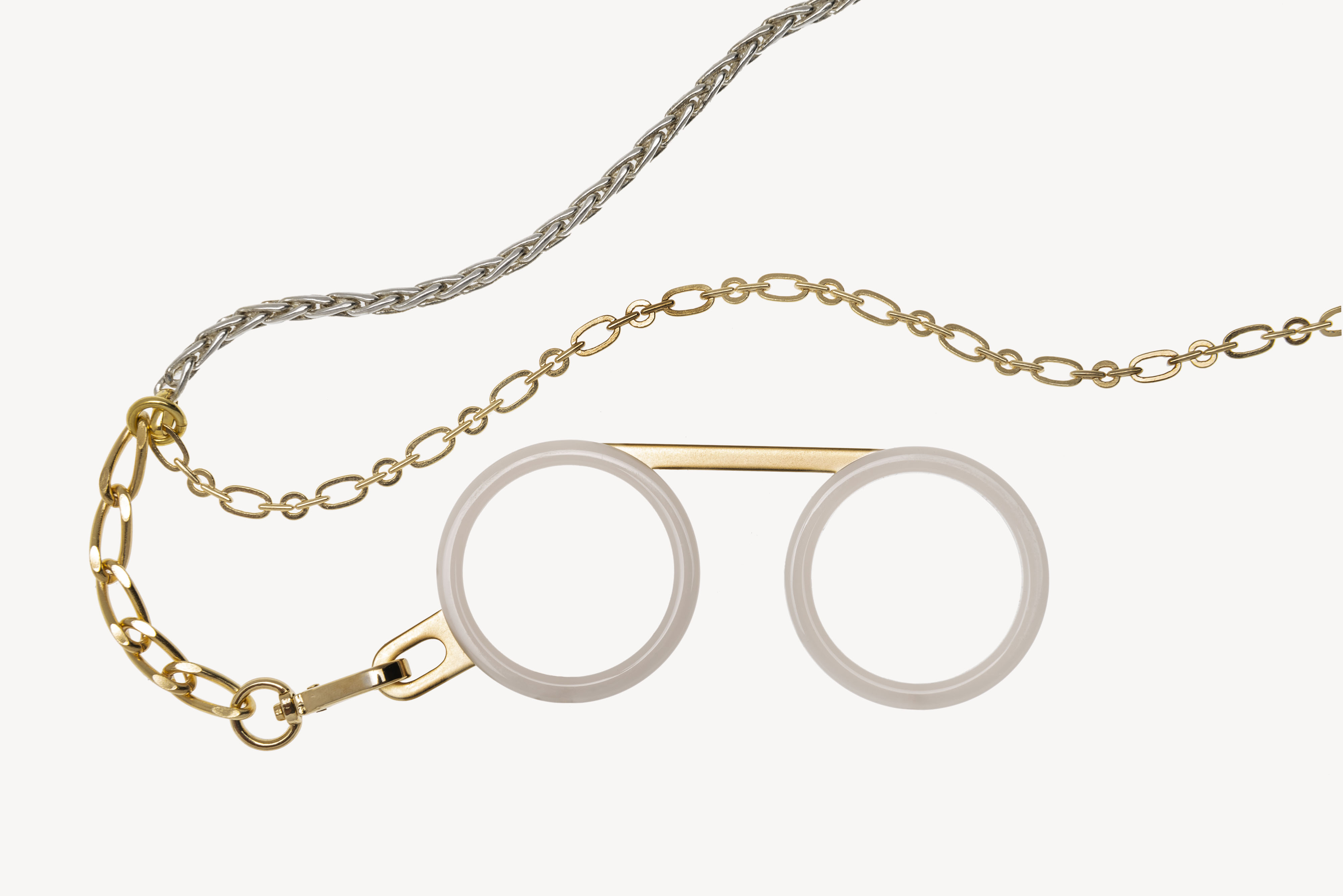 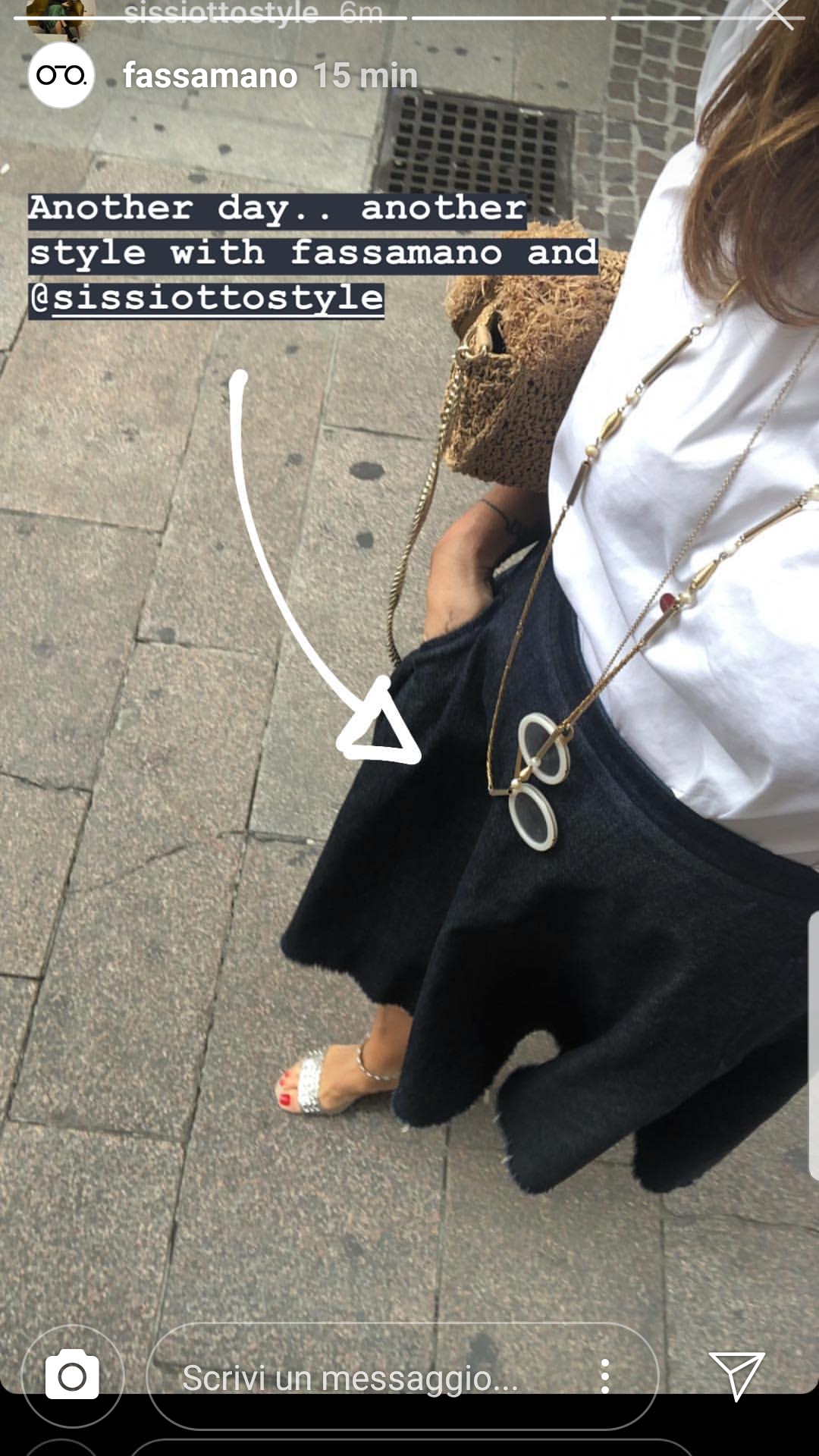 How to style with Fassamano and necklaces

Handcrafted in Italy, in the Venetian eyewear district, Fassamano recovers characteristic shapes of the first eyewear from the 13th century, rewriting the history of this special accessory in a glamorous perspective, according to a contemporary and stylish practicality. Fassamano is worn at the neck like a design pendant and  naturally approached to the face to read, Fassamano inspires elegant and timeless gestures. with Fassamano every day you can accessorize your outfit and have reading glasses always at hand. 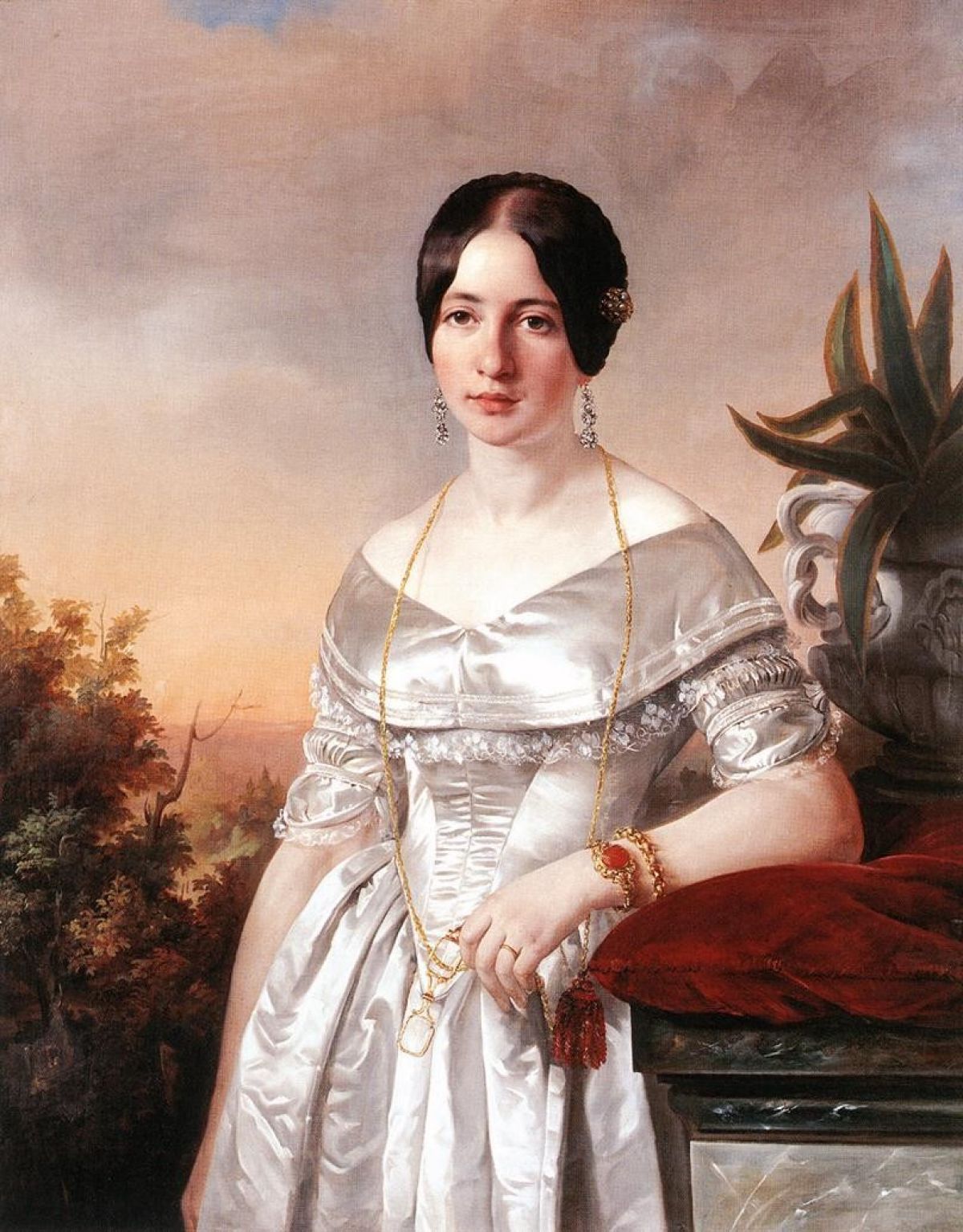 Around the yera 1200 in Venice it was known the property of rock crystal that worked in strongly convex shapes helps the sight in reading called "lapides ad legendum" that is "stones to read" .In 1284 "round glass cilinders for the eyes", are present in the list of ordinary production items. It is at this stage and in this place that the invention of eyeglasses arises when the lenses will be appropriately mounted and placed before the eyes: the history of lens processing becomes the history of glasses.
In 1301 the Giustizieri Vecchi, superintendent of the Venetian Arts, gave permission to any craftsman to make "Vitreos ad oculis ad legendum". We find the recipe for a transparent and colorless glass paste making lenses with low costs and the eyewear trade goes out of the lagoon borders. The first glasses consist of two lenses mounted each in metal or beaten leather rims, joined and articulated together with the ends of the relative handles with a pin; they are placed before the eyes with the hand in order to help the reading
In about 1400 with the invention of printing and the exponential increase in publishing production that follows the spread of glasses receives a great boost. In the second half of the fifteenth century, glasses appear to see far away packed with biconcave lenses. nel1500 The materials used to make the frames are the whalebone, the horn, the tortoise and the leather: the structure is arched and the flexible bridge grips the nose. In the 1600th following of the developments in the drawing process, more and more metal frames are used, above all in copper, which with the appropriate shaping of the bridge can stand alone on the nose.

The English optician Edward Scarlett, is the first to perfect between 1727 and 1730 the "temple goggles": they are equipped with rigid arms ending with large rings that press on the temples .. The eighteenth century is also the era of the eyewear , fassamano and monocolo: these are authentic masterpieces of goldsmithry, in gold, silver and other precious materials, often adorned with precious stones; they are diversified in their styles and increasingly acquire a value of social distinction. L 'eyewear, becomes an important accessory of bourgeoisie clothing, and is referred to by the French term "lorgnon" and also "lorgnette", depending on the shape, and "face à main", in Venetian dialect "fassaman" to imitate the refined taste at the Court of France.

There are no products matching the selection.